The lifestyle of the people is changing with technology and programmatic video advertising is influenced by the same. There was a time when many people used to watch TV together later there was one gadget for everyone like desktop or laptop but now one person is surrounded by many gadgets.

The access of video in television, desktop, laptop, tablets, smartphones and then smart watches is increasing the number of touch points for marketers. Now they have to change their promotional strategies as serving a video for masses on TV which is not relevant to all is causing wastage of money spent on video campaigns.

Programmatic video advertising, especially on smartphones or mobiles, is indeed cost-effective and efficient. According to a report revealed on Pew Research Center on 1st April 2016, 75 percent of the younger smartphone users in the US indicated that they watched videos in their smartphones at least once over the study period.

So, the right audience can be targeted with video ads on gadgets other than TV. However, still marketers are spending more on TV but they need to understand what makes programmatic video advertising better than TV ads. Especially, when the number of video viewers in smartphones is constantly rising according to Statista.  Statista says, there were 107.1 million mobile phone video viewers in 2015 in the US which is expected to be 117.2 million in 2016 and 123.9 million in 2017.

Videos can be served directly as well but, Programmatic video advertising is more efficient. It enables the proper combination of technology, data, and RTB. It also enables brands to buy inventory in a reserved manner through open exchanges or ad networks in India like TV ad buying.

The videos served online are highly targeted and holds the potential to convert immediately.

The audience is targeted on the basis of –

All the factors for targeting and retargeting the audience ensures high conversion rate since all the people served video ads are feasible to bring into the purchase funnel and then lead to the bottom.

Programmatic Video Advertising provides the opportunity to assess the results obtained from the campaign which cannot be effectively done with TV ads. The advertisers cannot come to know that who viewed their ad and how the campaign affects the number of sales. But the impact of programmatic video campaign can be deeply studied with the help of some KPI’s (Key Performance Indicators).

Programmatic Video Advertising provides better reach to the audience. They watch TV only when they are free but online videos are available to them every time. They can watch videos in lunch break in their office while travelling, while waiting anywhere etc. 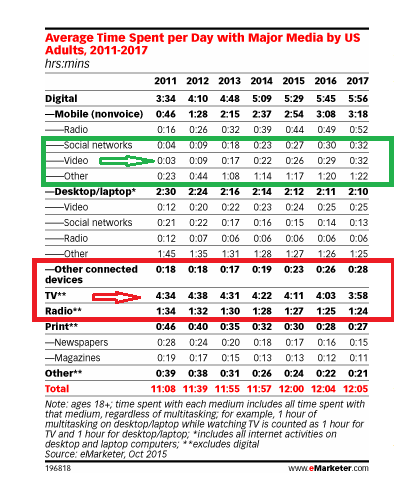 Not necessarily today but programmatic can overshadow TV ads in future. So the future ready brands are getting quality video developed as well as contacting top lead generation network in India to get their video served with high efficiency. It is just because of advanced technology and the changing needs of the audience. They want to have flexibility in everything be it shopping or watching a video. Hence, the marketers are also meeting their desires by providing them everything online and on-demand.

A Step-Wise guide of Programmatic Advertising

3 Points to Change Your Notion about Programmatic Advertising

5 Things to Know Before Heading to Display Programmatic Advertising