Types of ads being served in Affiliate Marketing

Affiliate Marketing or Performance Marketing is based on two wheels – Advertisers and Publishers along with an ad network combining them. This is simply the give and take system where advertisers pay and get sales from publishers.

Publishers place advertiser’s ads on their websites to sell their services or products. These ads are placed in many ways according to the suitability, space and technical support from advertiser’s end. Here is a list of the types of ads placed on the publisher’s website in affiliate marketing.

Hover Ad or Expanding Ad are a kind of pop up ads where the ad expands when the user hover mouse on it. These are created using Dynamic HTML, JavaScript and similar web browser technologies. They are apt for the webpage having less space for placing ads. They obscure the content while expanding as well as the ad is clickable and lands on the advertiser’s webpage.

Flash ads are the most common ads as they are being used by almost all the advertisers and publishers.  It is an optimized animation flashing the features of the brand in the form of images and texts one by one. The flash banners provide opportunity to show more images and texts in less space. It also makes the banner attractive to engross the user.

Web banner is the earliest type of promotion where a still banner is placed on the website and is linked to the advertiser’s website.

Pop up ads are small windows that open automatically on the user’s screen. It is a form of advertising in which the link to the website or the website opens itself automatically that is hidden under the active window. Pop-up ads were originally originated on the ‘Tripod.com’ a webpage hosting site in the late 1990s.

These advertisements are usually generated by JavaScript using cross-site scripting (XSS) and sometimes with a secondary payload using Adobe Flash. These are good to use because they do not immediately impede the user’s ability to view the site content. 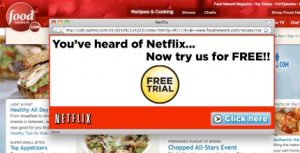 These are common video ads that you generally see on TV, which are off late served on internet TV and online video channels like ‘YouTube’. Video Ads are served on Web pages as well as online videos. They are served on web pages in two forms either they start rolling on their own or they have to be started by the user.

When it comes to video channels, they are served before paying the video, in the middle of the video or at the end and are termed as pre-roll, mid-roll and post-roll respectively. 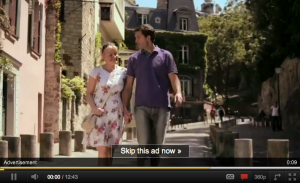 These are useful for both advertisers and publishers as it provides optimum opportunities to reach the user and get the action done. Advertisers should support all the forms of advertisements to enable its publishers to harness the best advantages of Affiliate Marketing.

The platform combining both the wheels of Affiliate Marketing, the Ad Networks should also support all the media of advertisements and become the best Affiliate Ad Network with state of the art technologies.

How Can Small Businesses Benefit from Affiliate Marketing?